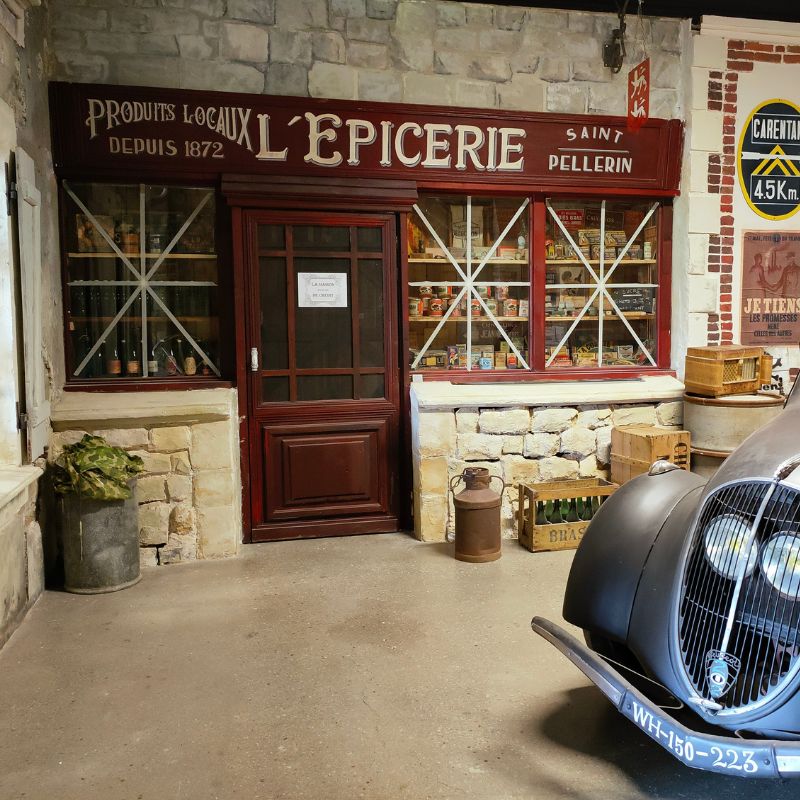 This ticket gives you access to the museum and temporary exhibitions. Free date and time, come whenever you want within museum hours.

Learn more about your visit

Booking solution offered by our partner Addock (France) - The reservation screen may take a while to appear. In the event of a malfunction, do not hesitate to contact us on +33 233 717 494 or via our contact form

Your visit in detail

Understanding the years of war, a battle, the daily life of civilians and soldiers…

Your entrance ticket to the NORMANDY VICTORY MUSEUM gives you access to a journey through some twenty hyper-realistic scenes that tell the daily life of soldiers but also civilians in the weeks following the Normandy landings. You follow a chronological journey that starts under the German occupation and ends with Operation Cobra which also marks the end of the Battle of the Hedges. The staging is meticulous, almost lively and the sound system reinforces the impression of reality and the atmosphere of the time. The information is disseminated via different media, which makes the visit captivating: scenes, texts, photos, videos, archive films, objects to be handled, audioguide application (with additional content for the most passionate among you).

Two new scenes were created in 2022

From the start of your tour, you are invited to enter an authentic landing craft. In small groups you watch a film of about five minutes, specially made for the museum. In this work which mixes archive images and illustrations, you follow the veteran Bill Parker who tells you about “his landing” on Omaha-beach. A little further on, another setting presents a P47 Thunderbolt (famous American fighter) that fell in the Normandy bocage, not far from the houses. It is a 1:1 scale model that takes place in a subtly staged setting to touch the uncertain daily life of civilians during the bombardments. During your journey, you can observe more than 10,000 collectibles – most of them authentic – which are integrated into the scenes or presented in showcases.

In collaboration with Florent Plana, professional guide in Normandy, known for his countless interviews with veterans (more than 900 to date), we are offering you a superb exhibition integrated into the “Portraits of veterans” tour. An emotional exhibition in the form of photos, audio tapes and videos, which is particularly appreciated by our visitors.

Exhibition: the role of women in war

After the classic route, we offer you a thematic exhibition that highlights the important role of women during the war. A role sometimes overlooked, which was often minimized and of which we have finally taken the measure. Discover the destiny of these extraordinary women: women of courage on a daily basis, workers, soldiers, airplane pilots, fighters, resistance fighters… At the Normandy Victory Museum, the story of the Battle of the Hedges is told to you with precision and explained simply. We are also keen to show you all the facets of the war and of D-Day. Throughout this period of fighting, allies and enemies, soldiers and civilians, women, children, prisoners, victors and vanquished lived together… discover their daily life with us.

More info on your visit

With your smartphone and headphones, access our free application with texts, audios, videos and additional resources.

The A10 Canteen, brasserie-pizzeria with terrace, with vintage decor from the 1940s welcomes you directly within the walls of the museum.

Our shop offers a wide selection of souvenirs, books, games and toys, clothing, militaria items on the theme of the Second World War.

Reviews from our visitors