€ 1 reduction on your museum entrance tickets. Enjoy it quickly!

Duration of the visit: between 1 hour and 2 hours

See all our prices

See all our offers and book

Why visit the Normandy Victory Museum?

To see the DDAY from another way

You visited the museums and the landing beaches in the vicinity of Carentan and Sainte-Mère-Église and you learned a lot about the landing. You certainly know that the war did not end on June 6, 1944, but did you know that for almost 100 days, the Norman lands still suffered terrible battles? Did you know that during certain episodes of the battle of the hedges the American soldiers fell by the thousands at every meter under the grape-shot of the Germans ambushed in the Norman bocage? That’s why they called this battle Hedgerows Hell,

Discover at the Normandy Victory Museum, the stages of the battle of the hedges from the occupation to Mortain’s counterattack which sealed the fate of the Germans. Nearly 20 hyperrealistic scenes, hundreds of mannequins, 10,000 authentic collectibles allow you to access this little-known period of history. Inside the museum you can take in your hands various objects including reproductions of real weight weapons, climb aboard certain vehicles and thus understand the daily life of the soldiers as well as that of the Manchese civilians who have paid dearly for our freedom. 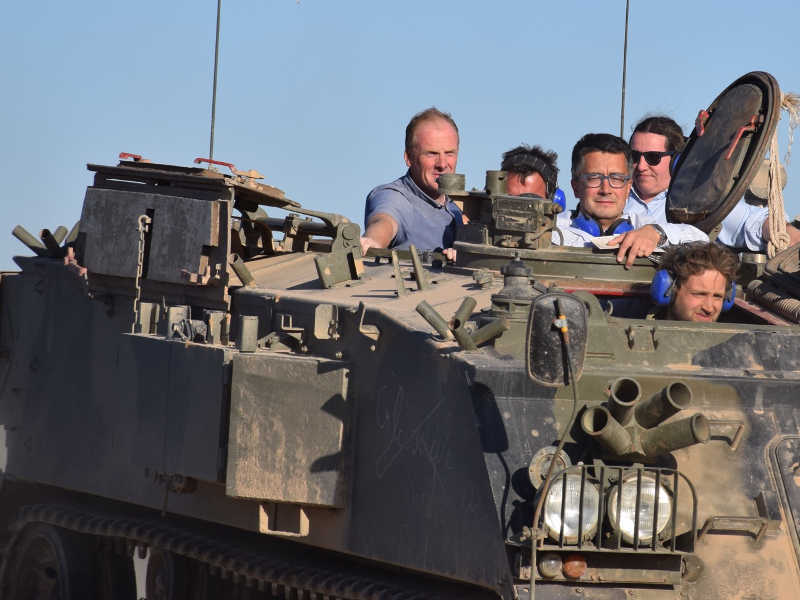 Immersive experience: Tour in an armored vehicle on the former American aerodrome, A10 Airfield. For ten minutes, our pilot takes you aboard an FV432.

Forget about comfort, and get ready to be rocked. In the cabin, it’s dark, it’s hot. The engine noise is hellish and despite the headphones, the vibration takes you to the guts. Then the armored vehicle starts with a jolt and sets off to attack the mounds of earth installed on the former A10 airfield. Imagine that in addition to these difficult conditions, the soldiers came under enemy fire.

Get more and book