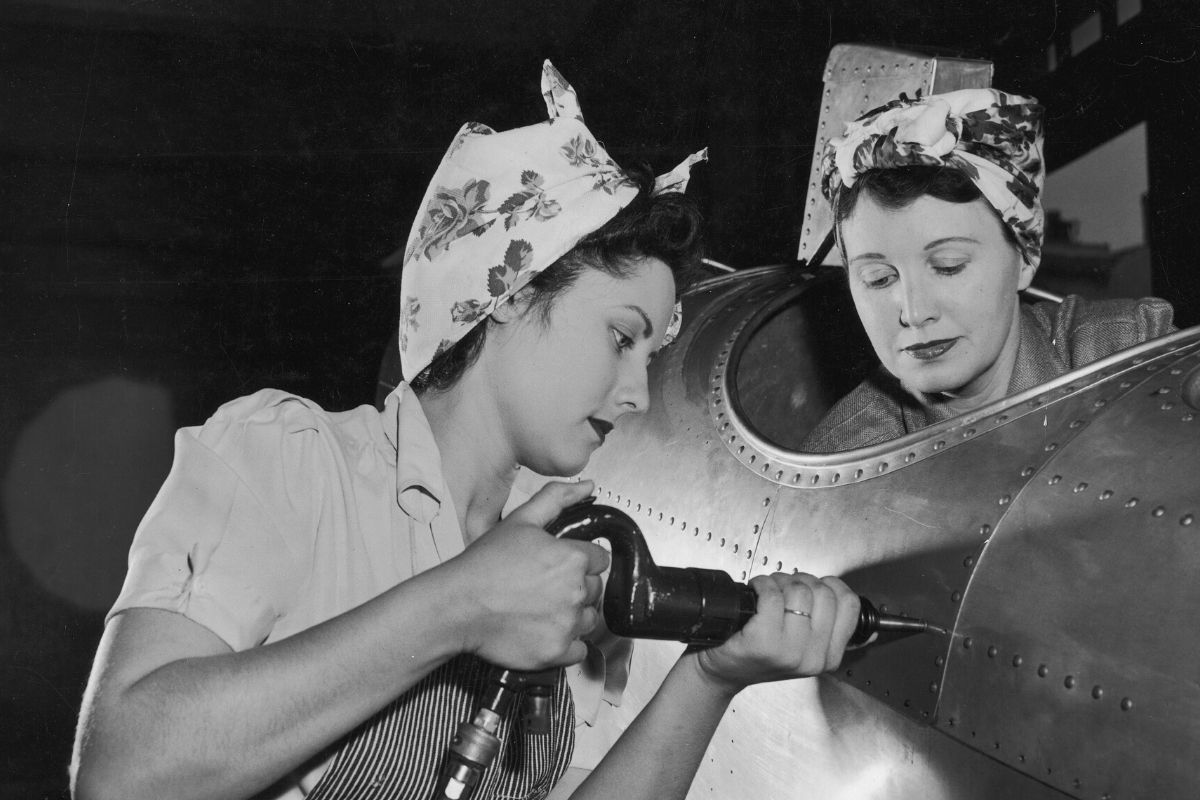 The Normandy Victory Museum inaugurated in 2020, a new permanent exhibition that highlights the essential role of women during the war. In all countries, they rolled up their sleeves and accomplished, in addition to their domestic role, important tasks in industry, fields, health, the army, the Resistance … They showed incomparable courage and yet were “sent home” barely after the war was over. It took many years for the role they played to be recognized and it is still sometimes downplayed. We therefore wanted to highlight all these courageous women, from the smallest of their daily lives to the historical destinies of some.

Official history has long excluded women in general. This goes hand in hand with the society in which we have long evolved, which is gradually tending to transform itself. Systematically associated with housework and child rearing, the woman of the late 1930s seems to have only a domestic role to play. However, with the announcement of the war and the general mobilization of men for the front, in 1939, it was women who would roll up their sleeves to allow life to continue as normally as possible.

Tribute to those women who fought

Like the men, these women fought for their freedom and the freedom of their country. This new permanent exhibition thus sounds like a tribute paid to those who, with the greatest courage, have replaced men and proved to all that women have their place outside the home. The ambition to give women back the visibility they have been deprived of for a long time will spearhead the exhibition. It will also and above all be an opportunity to take a different look at the Second World War, that of those who were only considered as the collateral victims of a war of men for a long time. Divided into several themes, the exhibition brings together photographs, archive images, uniforms and various objects that tell the story of women who also suffered this war.

At home, in production, in the fields …

A large proportion of women will be forced to continue to look after their homes and their children in occupied France subject to rationing. However, at a time of total war, the mobilization of all available forces is necessary. The production of factories and fields, then managed by men, passes into the hands of women who courageously take the places of those who go to the front. Supporting the war effort, accentuating the usual production of factories and farms, this is what the new daily life of women looks like.

Women are also at the heart of the fighting

Some will turn to the Resistance, finding a way to get more involved in this fight for freedom. Still others will be dressed in uniform, enlisting the help of the various auxiliaries of the armies reserved for women. The British, American and Canadian armies will indeed set up auxiliary services reserved for women and in connection with each of the country’s armies: army, air force, navy. Nursing positions will also be in high demand. Even more, you will discover that one of the countries involved in the conflict will go so far as to authorize female soldiers.

These women thus took part, each in their own way, in the Second World War. They paved the way for future generations and contributed to profound changes in society. The right to vote granted to French women since 1944 is one of the first testimonies.

This exhibition has been visible at the Normandy Victory Museum since early 2020.  Included in your entrance ticket that you can book online here

This thematic exhibition is visible throughout the year at the NORMANDY VICTORY MUSEUM.
Book your ticket