The Normandy Victory Museum presents a rather unusual American army vehicle in its permanent exhibition. This is the Weasel, also known as the “M29 Weasel Tracked Cargo Carrier”. We invite you to learn more about this Swiss army knife-like vehicle which found its place during the Battle of Normandy. 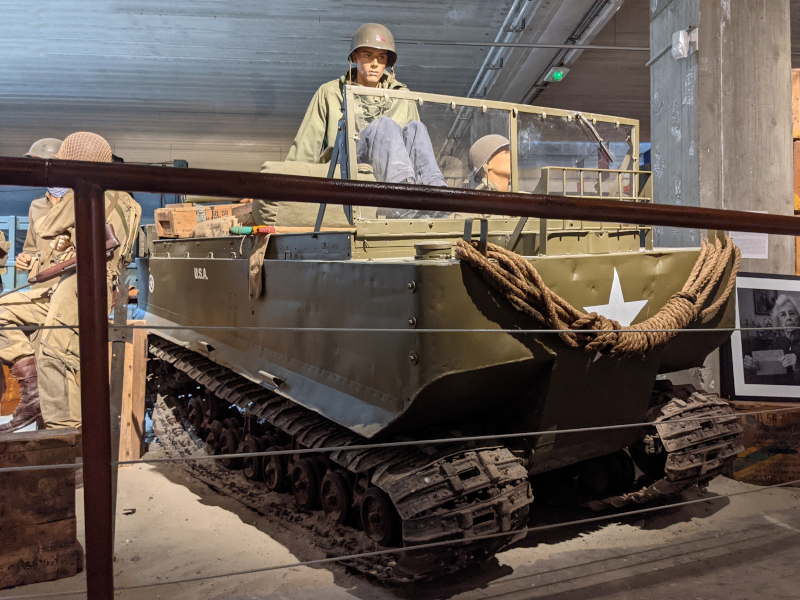 If we find in this tracked vehicle certain aspects of other vehicles such as the Renault UE tracker of the French or the British Universal Carrier, its missions are totally different.

In the spring of 1942, the US Army sought an all-terrain vehicle to allow the deployment of its troops in special operations in a snowy environment, particularly in Greenland. In addition, the army is already imagining the plans to assault from Great Britain on the fortress of the Third Reich towards the Norwegian coast. This vehicle had to be able to operate in extreme conditions, be air transportable, withstand parachute drops and transport equipment. It is the Weasel M29 produced by Studebaker which will best meet these requirements, in particular thanks to its wide tracks. Shortly after, the manufacturer will deliver the Weasel M29C, an amphibious model whose propulsion is carried out using tracks.

The Weasel will ultimately not be used in Norway, but it can be found in all theaters of operations alongside the U.S. Army, U.S.M.C and U.S. Navy.

The Weasel M29 in Europe and Normandy, the Swiss army knife of the Allies 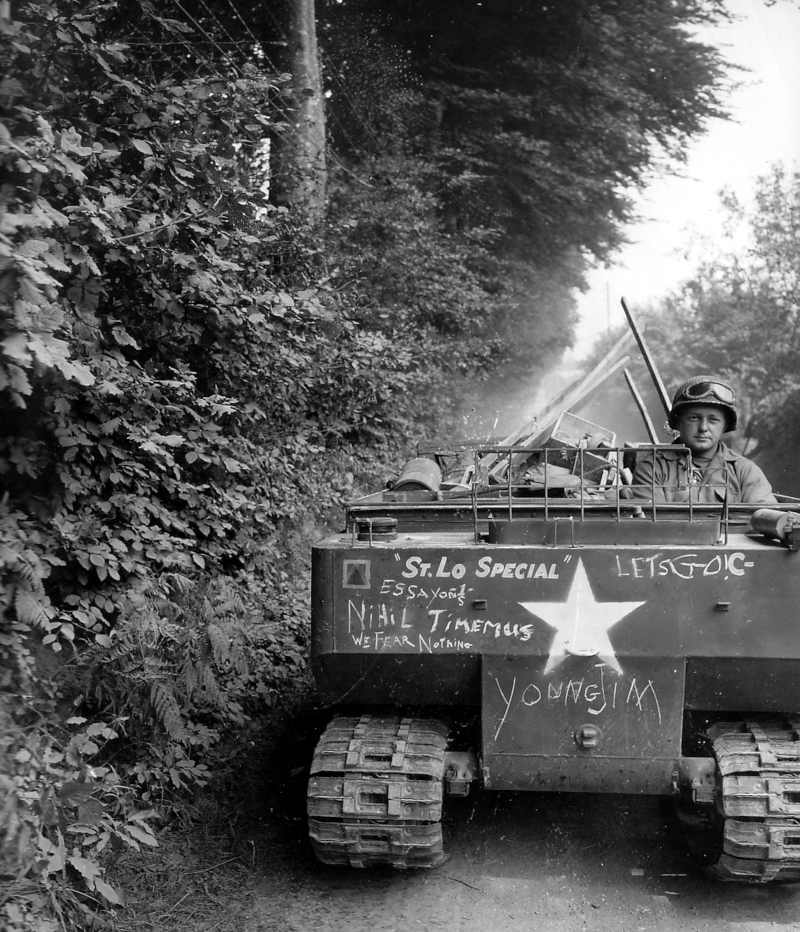 During the Second World War, nearly 15,892 Cargo Carrier M29 Weasels were produced until the end of the fighting in Europe.

In Normandy, the Weasel M29 is mainly assigned missions of transport, reconnaissance and connections in muddy environment. It is a versatile machine which, sometimes an ambulance, sometimes a supply vehicle, will be a real Swiss army knife for the Allied troops. Equipped with unwinders, it is used to tension communication lines. Thanks to these tracks, it becomes the relay for wheeled vehicles when they can no longer access land. Its weight distribution allows it, in addition to not triggering anti-tank mines and crossing muddy terrain.

The M29 Weasels were also assigned to several companies such as Company D, of the 1st Battalion of the 120th Infantry Regiment of the 30th Infantry Division and from the Heavy Weapons Company, a company equipped with 81mm heavy mortars and M1917A1 machine guns. During Operation Cobra, the Weasel takes on the missions of a mule by providing ammunition to units on the front lines.

In Europe the Weasel is used at all times and in all places. It will be deployed in mountainous environments in Italy, in the muddy terrain of Normandy or in snowy environments during the winter of 1944. Its amphibious version will be used to cross the Ruhr and the Rhine in 1945.

The Weasel M29 after WWII.

After the conflict, 8,000 Weasels were produced to meet the orders of the allied armies. Very soon after the Second World War, the French army was mobilized in the wars of decolonization and in Indochina, the Weasel M29C, renamed “Crab”, was assigned to the troops. The vehicle allows French soldiers to navigate the marshy environment of this region of the former colonial empire.

The M29s will also be used in the Korean and Vietnam wars.

Several times the Weasel had to be replaced, notably by the Amphibious Cargo Carrier M76 Otter, but it will remain in service. It was reformed at the very end of the 1950s in the armies of the United States and during the 1970s for France.

The technical characteristics of the Weasel are still found in modern armies. Indeed, the Bandvagn tracks from the Swedish manufacturer Hägglunds succeed the Weasel. We find the wide tracks and all-terrain capabilities of the Weasel. This vehicle is assigned to both military and civilian missions and is found in the fire services or during French expeditions in the polar regions. In the French army, this new generation machine is called the High Mobility Vehicle (VHM) or the Tracked Articulated Vehicle (VAC) depending on its versions. This track is also found in the US military in the mountain troops or in the US. Marine Corps.

The technical sheet of the Weasel M29 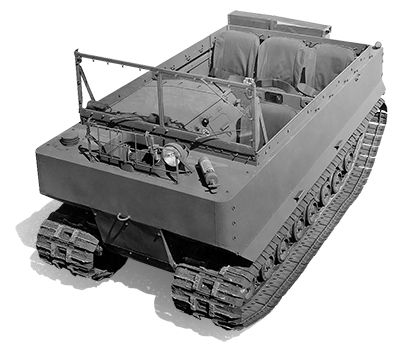 Learn more about the Weasel M29 and M29C