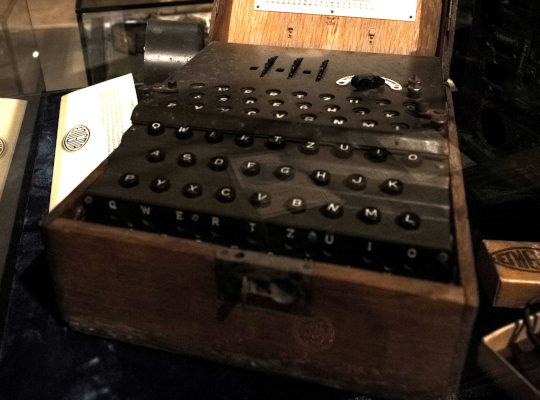 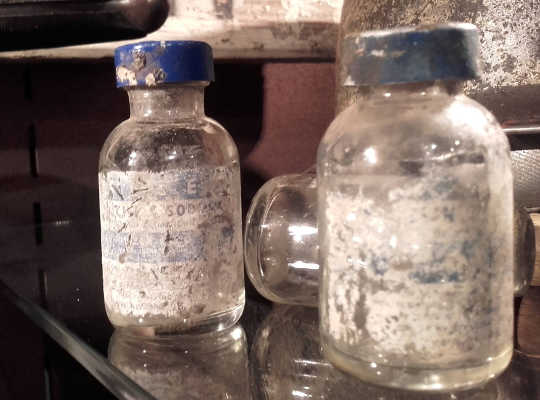 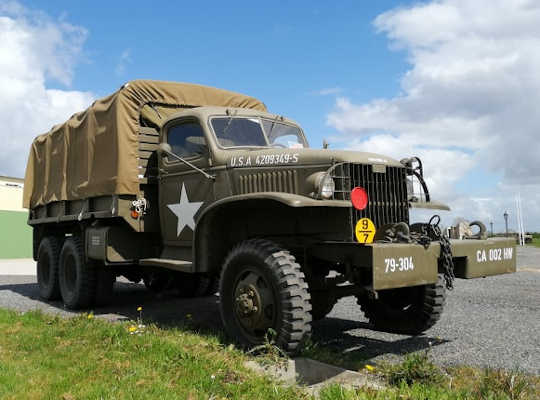 And throughout the year many events and temporary exhibitions

More than 20 staging orchestrated by local and passionate historians

And throughout the year many events and temporary exhibition

Discover the NORMANDY VICTORY MUSEUM, Museum of the battle of the hedges.

A must to visit in the Region

The Normandy Victory Museum is one of the must-see museums in Normandy, on the theme of World War II and Memory. It emphasizes a story a little less known than the landing and yet just as decisive! The battle of the hedges. Because the war did not stop on June 6, 1944. For a hundred days after the landings, in the English Channel, the fighting was of incredible violence to liberate Normandy and then France. Through some twenty sound tables, original collections and unique experiences, we will show you what happened in the weeks following the landing in an educational and immersive way.

Beyond the didactic aspect of our museum, we wanted to pay tribute to all these soldiers and civilians who fought long and fierce battles and paid a high price for freedom.

The Landing and the Liberation from a different point of view

Many museums in Normandy evoke the landing in 44. If we chose this point of view it is that here in Carentan began a major episode of the liberation somewhat unknown: the Hedgerows hell. A terrible battle that marked our region and its inhabitants. Our goal is to raise awareness of this period, which spanned several months, but also to pay tribute to the civilian and military victims and to the Allied combatants, notably American. The importance of their commitment and their losses are at the origin of the choice of the name of our museum: Normandy Victory Museum in American language and in subtitle: The Hedgerow hell Museum. Read the post about the Hedgerows hell. To make you live this episode in the most lively and didactic way possible, here is what we imagined

A journey in the middle of twenty sound staging

It is an immersive visit to which we invite you. Staging but also sound and visual atmospheres accompany you in your walk amidst the reconstructed paintings: shots, explosions, smoked images participate in a historic dive as close as possible to reality. When you enter the Normandy Victory Museum, it is directly in spring 44 that you dive. You take a reconstructed street in Carentan and you are caught up in history. As you wander amid the twenty or so live sound stages, you get to grips with the reality of the daily life of civilians, the German occupation. You observe more closely the Resistance that works behind the scenes or its less glorious sister, the collaboration. The successive scenes evoke in turn the Atlantic Wall, the German fortifications, the landing, without forgetting the epic of the American paratroopers. After June 6, march alongside German reinforcements, in the middle of the ruins, while the American air force takes off from the A10 Airfield to bomb the battlefield. It is the war of the hedgerow which is engaged. Cross this hollow path of the bocage under the shots that our speakers broadcast. Take part in the American breakthrough which revives the armored movements and allows the capture of Avranches. The final scenes take you to the heart of Mortain’s counterattack, which will be the prelude to the end of the fighting and the return to peace. The museum visit is immersive, you are put in the atmosphere of the time with noises, shots, explosions, images, smoke, in order to make you perceive what the everyday life of 1944 could be.

An old archive film is offered to you and retraces the highlights of the two months of battle. (in English language to keep the authenticity).

“the breakthrough of Avranches” (Operation COBRA): the testimonies of those who were there

You will also have access to a projection room of about fifty places where is broadcast, every 30 minutes, the exceptional documentary by Bernard SIMON: “Cobra, la percée”. (watch trailer). This documentary, released in 2014 on the occasion of the 70th anniversary of the landing, gives the floor to a dozen witnesses, many of whom are emerging from silence for the first time. All from the Marigny sector, they tell of the years of occupation, the landing but above all the famous “Cobra operation” which ended the Hedgerow battle, at the cost of the biggest carpet bombing of the Second World War. It is a poignant document, not to be missed during your visit.

In the museum you are authorized and even invited to touch certain objects to better understand and experience the sensations of the actors of the time: helmets, dummy weapons and various equipment.

During your visit, you will have the opportunity to listen to or read the moving testimonies of those who were there whether civilians or combatants. These testimonies are offered to you in the form of archival film or photos and texts, as in the exhibition proposed by Florent Plana who has met and interviewed American veterans.

On the runway of the A10 Airfield

The Normandy Victory Museum is located directly on part of the runways of the legendary A10 Airfield aerodrome. It was specially built by the Americans for air support during the hedge battles. Read our post about the A10 Airfield.

Outdoor historical reenactments accessible to all

As soon as you enter the Normandy Victory Museum site, before you have even bought your entry ticket, you have access to a scene reproducing a piece of D-Day beach and its German defenses. This route reproduces according to the vintage plans, the organization of a front sector when the first LCVP of the 4th infantry division reached Utah Beach.

On the beach, obstacles such as concrete tetrahedrons or Czech metal hedgehogs are placed to hinder the progress of the troops and prevent a landing as close as possible to the dunes. In the background, two American LCVP or Higgins boat barges are visible. One has been reconstructed and allows you to see the conditions of the Channel crossing for young GI’s.

In front of the museum entrance, you can see several protective concrete booths, which were often found on railway tracks and which allowed sentries to take shelter in the event of strafing of stations or convoys .

A replica of a P47 aircraft, entirely manufactured by a talented artist, Mr. Patrick Letouzé, also known for making Cushman motorcycles and the Stuart tank which is in front of the Dead Man’s Corner, in Saint Côme du Mont. The aircraft is in the colors of the squadrons of the 50th Fighter Group and reproduces the colors and the “nose-art” chosen by the pilots at the time, according to official documentation and the advice of André Gidon, living memory of the A10 Airfield.

A Sherman tank type M4 manufactured in 1943, all busy smashing a hedge with its “Hedge-cutter” system invented by the Americans in Normandy, notably by Sergeant Curtiss Cullin. In front of the N13, at the end of what was the A10 runway in 1944, several American engineered vehicles intended for the creation and then the maintenance of airfields are also visible. And inside the museum itself in the middle of the stages, various collection vehicles are also integrated.

In addition to the impressive collections brought together in the fixed exhibitions of the Normandy Victory Museum, thematic temporary exhibitions are regularly organized and allow in particular the followers to discover novelties with each visit. Partnerships with associations or other museums can give rise to the coming of exceptional pieces, but the founders of the Normandy Victory Museum themselves can also mount new exhibitions, especially on the theme of the 14-18 war or the role of women in war

Varied events for all

The Normandy Victory Museum naturally hosts events on the broader theme of the Second World War and the battle of the hedges. We participate in commemorations in the region and are sometimes forerunners such as for example for the operation “Bells of Freedom” during the health crisis of 2020. But the various events can also go beyond the historical framework that defines the museum. In the reception hall and on our large outdoor area, a rich and varied program of events is spread out throughout the year. Projections, conferences, concerts or plays succeed one another to make the Normandy Victory Museum a strong cultural place in the Normandy region, where everyone can find an interest: tourist as local.

In 2022, the Normandy Victory Museum will present new, unseen scenes.

Visit with family or friends