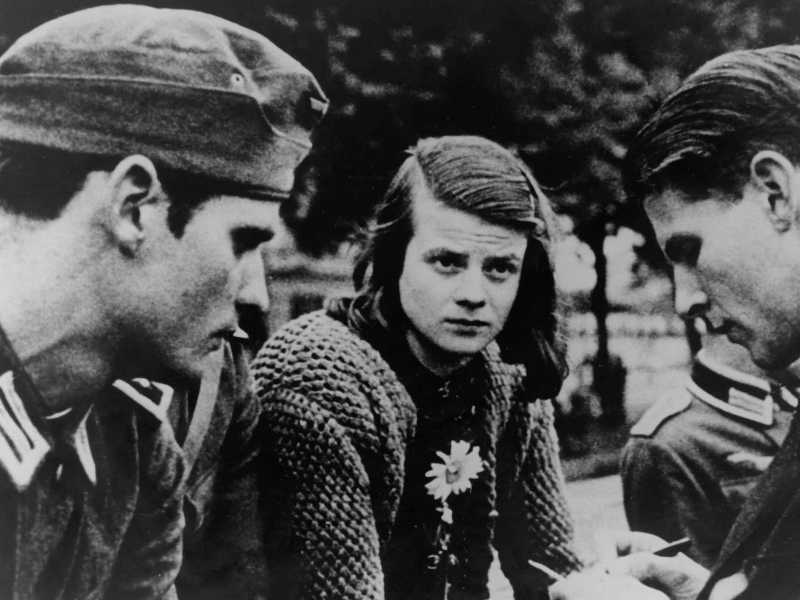 The origin of the “White Rose”

Munich, 1942. In this city, the cradle of National Socialism, and whose reactionary past is no longer to be proven, a small group of German resistance fighters was formed. It is through an uncontrollable desire to stand up against totalitarianism that the “White Rose” is born.

Sophie Scholl and her brother Hans enlisted in the Hitler Youth

Two members of the group come from siblings. Hans and Sophie Scholl live a relatively banal childhood. Embrigated into the Hitler Youth, like many German children, they quickly broke away from Nazi ideology. This is explained by their deeply religious upbringing, opposed in every way to the doctrines advocated by Hitler. While Hans begins to study medicine at the University of Munich, Sophie becomes a babysitter. Between 1940 and 1941, she performed a work service and an auxiliary service, imposed by the regime on all young people in the country. She then began, from 1942, to study biology and philosophy at the University of Munich, where she joined her brother. 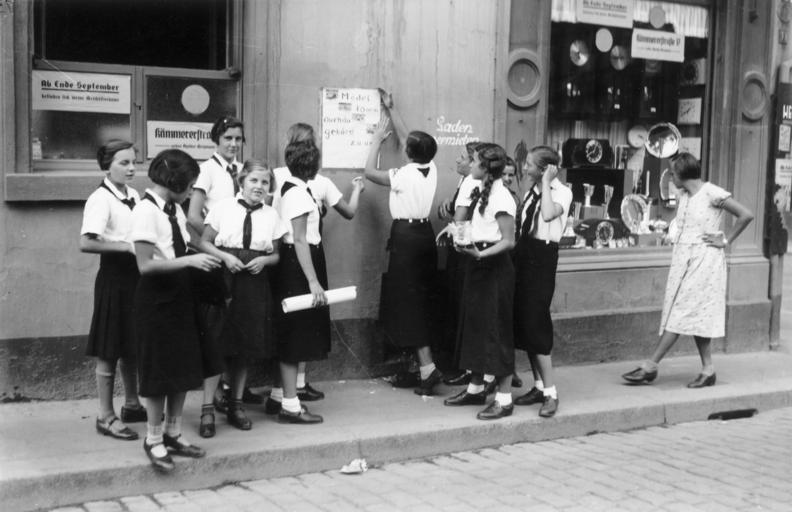 In the early summer of 1942, Hans Scholl and Alexander Schmorell, his friend, were sent to the Eastern Front as nurses in the service of Werhmart, as medical students. The atrocities of the front – they witness the treatment inflicted on Jews and Soviet prisoners – mark them forever. Back in Munich, they began to write leaflets and to make themselves known as the “White Rose”. They thus write the first four leaflets and send them by post to Munich intellectuals (writers, teachers, doctors, etc.). Their mission is to reproduce them and circulate them to as many people as possible.

The University of Munich in turmoil

Over time, different people join the duo. Kurt Huber, their professor of philosophy at the University, Sophie Scholl, Hans’ sister, as well as Willi Graf and Christoph Probst, medical students, soon joined them. Together, they form the core of the group, around which revolve various interlocutors and sympathizers. They write the fifth and sixth leaflets together.

“Students! The German people have their eyes fixed on us! He expects from us […] the overthrow of the Nazi terror. […] The dead of Stalingrad implore us! We stand up against the enslavement of Europe by National Socialism, in a new affirmation of freedom and honor! “

Extract from the sixth and last tract of the “White Rose” 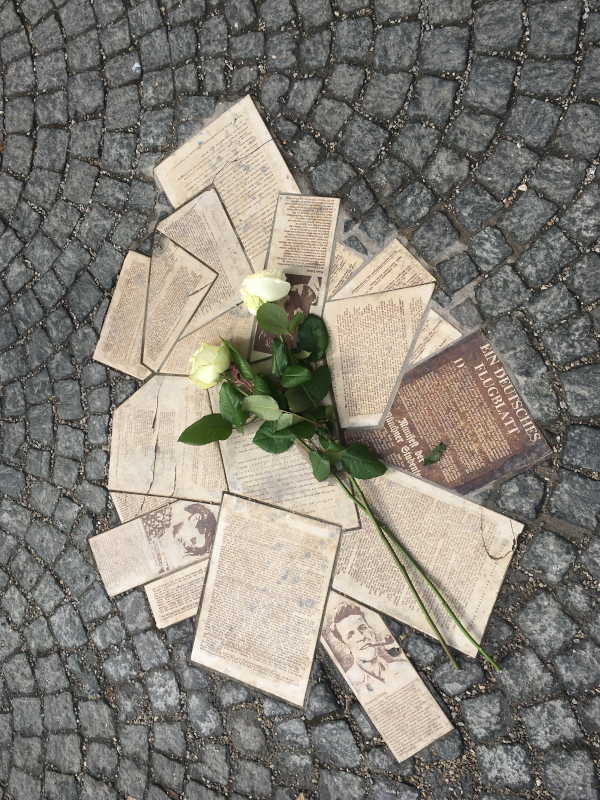 The last leaflet of the “White Rose”

The “White Rose” will author a total of six leaflets. More than 2,000 copies of the sixth and final leaflet were printed, for distribution by post during the winter of 1942-43. He comments on the defeat of the Third Reich army in Stalingrad. Even more, it is a call for collective awareness, it invites the youth of the country to mobilize. More and more large German and Austrian cities are affected by the group’s demands: Stuttgart, Frankfurt, Vienna, and even Berlin. On February 18, 1943, the group still had a few leaflets that were not sent by post. Hans and Sophie Scholl decide to take them to the University for distribution. Before leaving, in an uncontrolled momentum, Sophie throws a flurry of leaflets above the University hall. The concierge witnesses this gesture and denounces them to the Gestapo. They are arrested and imprisoned in Stadelheim prison where they are questioned at length.

After various heated interrogations, the People’s Tribunal responsible for political crimes met for a trial on February 22, 1943. Chaired by Roland Freisler, a former Communist who became one of the most brutal Nazi leaders, the trial lasted only three hours. Freisler himself pronounces the death sentence on the three young students, for high treason, subversive propaganda, complicity with the enemy and demoralization of the military forces. Weakened by the long hours of interrogation, and with a broken leg from one of them, Sophie Scholl faces Roland Freisler with indescribable courage. The same day, only a few hours after the announcement of the sentence – and this despite German legislation which provides for a period of 99 days before the execution of a convicted person – Hans Scholl, Sophie Scholl and Christoph Probst are executed by beheading . 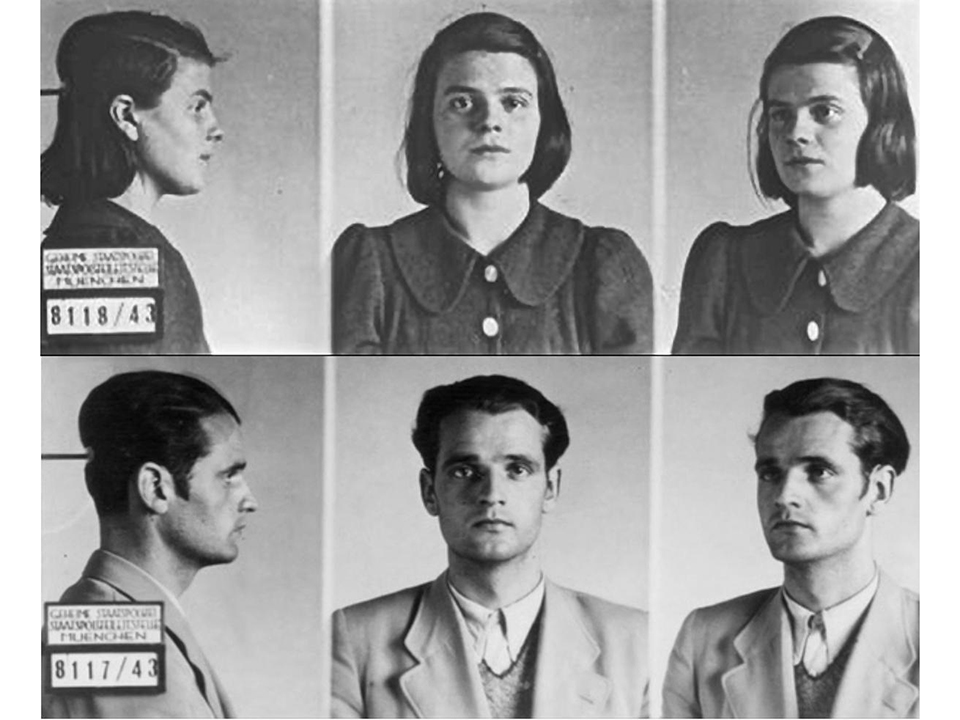 A few months later, a second trial sentenced Kurt Huber, Alexander Schmorell and Willi Graf to death. Many other members of the “White Rose” (friends of the Scholls, students who came to their aid, sympathizers, etc.) will be sent to concentration camps for complicity, and will often lose their lives.

The other women of the resistance in Germany

Sophie Scholl is far from the only German woman to stand up against Hitler’s National Socialism. Within the “White Rose”, several young women, friends or relatives have joined the main members. Among them, Traute Lafrenz, friend of Hans Scholl and Christoph Probst, participates in the distribution of leaflets in the city of Hamburg in particular. She was arrested twice by the Gestapo and imprisoned for some time. Other resistance groups, such as the “Kreisau Circle” or the “Red Orchestra”, will count women among their ranks. Active from 1938 to 1944, the “Kreisau Circle” was created by Helmuth James von Moltke, whose wife Freya von Moltke was to be widely involved. Her husband is convicted of treason and executed, but she manages to escape. The “Red Orchestra” is the name given to several groups whose common feature was to be in contact with the Soviet Union. Mildred Hamack will be one of them, but will be executed alongside her husband, also for acts of treason. The fate will be the same for another woman affiliated with the “Red Orchestra”, Libertas Schulze-Boysen. These are just a brief example of all the women in Germany and around the world who engaged in a fierce struggle against Nazi oppression and barbarism. Sophie Scholl, with her youth and bravery, stands out as a symbol of this struggle which has seen many of its heroes die out. Despite its relatively short existence – barely a year – the “White Rose” remains a strong image of the battle waged by young people for their freedom and that of their country. 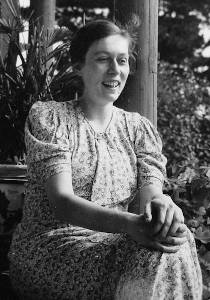 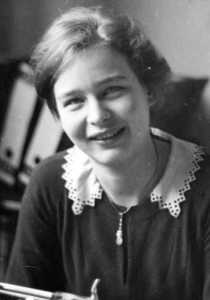 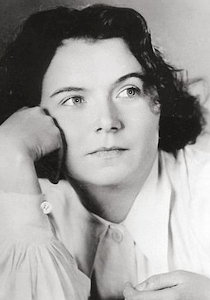 Here are some additional resources

These three books to find in our online store

The comic book saga “Women in Resistance” by Casterman, volume 2 of which tells the story of Sophie Scholl (Out of stock – Soon online)

Exceptional Acquisition of 1944 registers with Photos from Utah and Omaha

On November 2, 2021, the NORMANDY VICTORY MUSEUM acquired a set of documents of exceptional historical interest: three books of coastal photographs of the Utah and Omaha sectors, from Grandcamp-Maisy. These hardback registers, with a green cloth cover, were produced...
Read