A lively and experiential approach

School visits to the Normandy Victory Museum represent an important and growing activity of our museum.

It is a pride for our team to welcome these students and their teachers and we pay them special attention. Vectors of memory, the younger generations are those who will pass it on so as not to forget. An approach that resonates with one of the museum’s major objectives: to contribute to the duty of memory.

Very popular with students and teachers, the experiences offered to middle school and high school students make it possible to obtain significant support for this school trip. Combining practice with observation, this visit will have a lasting impact on the minds of these young students who are always ready to learn. 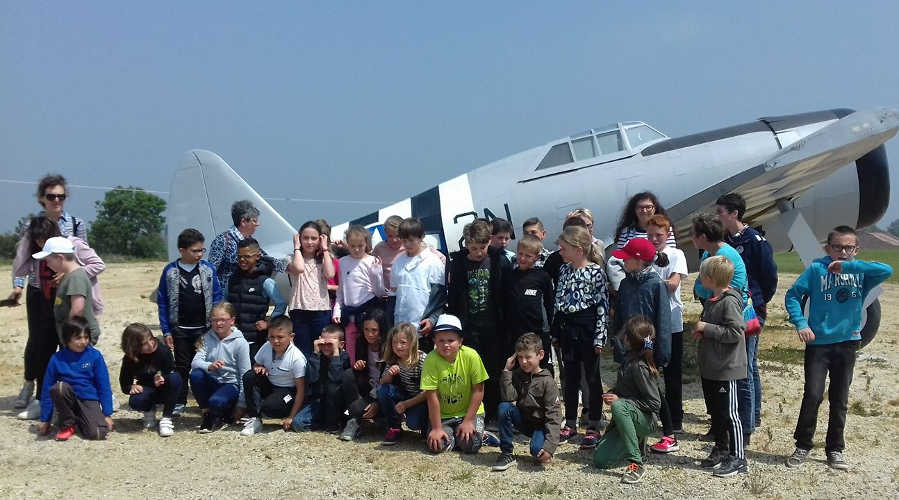 A pedagogical potential recognized by teachers and playful parentheses appreciated by students.

A strong desire on the part of the founders of the museum, one of whom is a history professor: to pass the memory on to the younger generations so as not to forget.

Discover our offers for educational, fun and active school trips

A pedagogical potential recognized by teachers and playful parentheses appreciated by students.

A strong desire on the part of the founders of the museum, one of whom is a history professor: to pass the memory on to the younger generations so as not to forget.

Discover our offers for educational, fun and active school trips 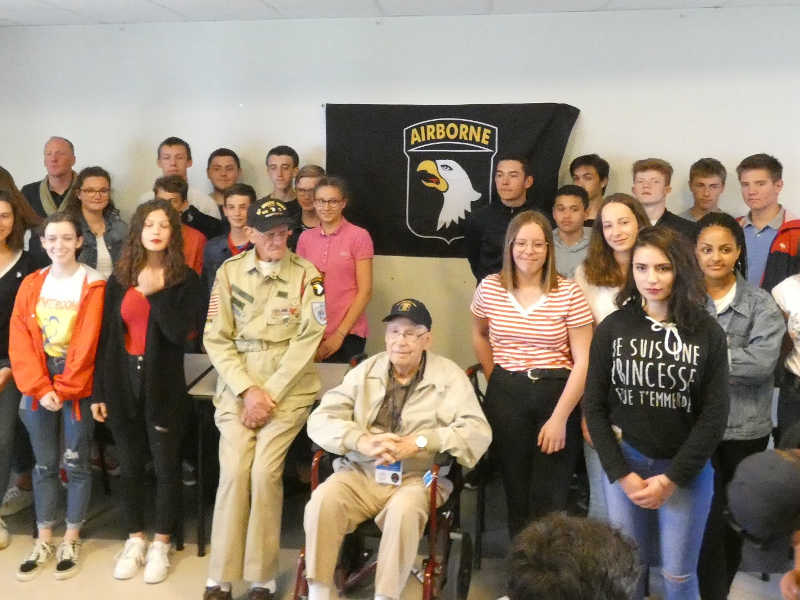 Our experience in welcoming school children and our knowledge of the world of education allow us to offer you offers for schools and young people (including during the holidays), completely adapted: particular theme, studied activities …

We study with you the hygiene and distancing measures to put in place according to the health constraints of the moment and your requests.

Educational aspects of the visit

Patrick Fissot, history teacher and co-founder of the NORMANDY VICTORY MUSEUM is strongly involved in this educational process and has put in place many tools so that this visit is not just a simple visit. Themes perfectly integrated into the history programs of different levels, varied content, educational booklets and many other resources.

The topics covered according to the (french) school programs

The themes on the high school program

The themes discussed at the Normandy Victory Museum are part of the new programs of the 2020 high school, in particular, for the Terminale class.

Theme 2 “The multiplication of international actors in a bipolar world”, chapter 1 “The end of the Second World War and the beginnings of a new world order”

Study of the major objectives of the program and highlighting of the crossing points, through questions, relating to display cases, emblematic objects visible in the museum

The themes discussed at the NVM are part of the new college programs in 2016, in particular, for cycle 4, third class.

Theme 3 relating to “Frenchwomen and French in a rethought Republic”, in particular concerning the subject “1944-1947: rebuilding the Republic, redefining democracy”, by evoking in particular the defeat of June 1940, the France of Vichy, authoritarian regime and reactionary, the policy of deportation but also the commitments, through the Collaboration and the Resistance.

The themes in the primary school program

The themes discussed at the NVM are part of the new 2016 primary school curricula, in particular, for cycle 3, CM2 class.

A booklet entitled “Charlie’s War Diary” allows the student to approach the themes of the museum in a fun way by following the steps of an American soldier (questions, drawings to reproduce, crosswords, etc.) in groups. from 3 to 4. It is mainly suitable for CM2 students.

On-demand tools for all school levels

Guided tour in French or in a foreign language

We offer on request a guided tour in French or in another language (on request). This visit generally takes up the main axes of the history program. You can also request that a specific topic be covered. If you wish, the visit can be co-facilitated by the museum guide and the teacher.

Developed by our educational service, with the help of several teachers in History and Geography, high school level. This educational booklet, editable by the teacher, will be sent to you (via download link).

Our educational service is able to design thematic workshops. The subjects can be selected from this list or be the subject of a specific request by the teacher.

For 2022, we are preparing new prepackaged offers for schoolchildren and young audiences.

See you in January / February to find out more

Superb visit! Everything is done to interest young and old alike, do not hesitate under any circumstances. In addition the staff is super nice! Thank you! Ludivine - Google - August 24, 2021

Museum rich in objects and anecdotes. Not to miss ! Nice discovery.
The scenography is rich in meaning and knowledge.
669marl - Tripadvisor - August 24, 2021

A real learning of local history.

Great museum, the testimonies of veterans of the Second World War are a real plus to immerse yourself in the atmosphere of the battle of the hedges. A real learning of local history.
Céline - Google - August 23, 2021

THE BEST MUSEUM we have visited

THE BEST MUSEUM we have visited !!!! We are in total immersion in the battle of the edges. The scenes are super realistic, and the uniforms authentic. TO SEE ABSOLUTELY, AND MORE CHEAP !!!!! And the shop .... ooooh there is everything, from souvenirs to objects of reenactment!!! We don't know where to turn !!!!
Mickael - Google - August 18, 2021

Well done museum with superb scenes, very nice welcome and to go around in a Dodge in the bocage with a young enthusiast. Gerald - Tripadvisor - August 15, 21

From A to Z everything was perfect.

From A to Z everything was perfect. The guide / driver knows his subject and is very friendly. The booking was quick and efficient. We had a great day, the visit to the museum is good and the sets are very well done, we feel like we are there. I will happily recommend this activity to friends and family.
Jason Aloche - Regiondo - 08/15/2021

Everything is in the detail it's incredible

Superb museum. Everything is in the detail it's incredible you have to take the time to take a good look everywhere because there are real treasures. it is a pleasure to visit a museum like this one. The pieces are exhibited in their own juice but with heart and passion to stick as closely as possible to what this era could have been. Must do if you are passing by. oh yes the staff are very nice! I really recommend this museum because I had a great time.
A. Lefevre - Tripadvisor - August 11, 2021

Very nice museum. A must see between Omaha and Utah. Worth the detour. Very nice home. Will come back a third time.
Joël Van Doren - Google - July 08, 2021

Very nice museum. It looks small but it doesn't. A nice collection of objects, French / American / German .... An exhibition on the mobilization of women during this war is very well done. A very nice visit ...
Cassandre Chapotte-baldacci - Google - July 05, 2021

Write a review on Google

Very beautiful museum, we never tire of it

Very nice museum, we never tire of it, the scenes are very realistic, a lot of period objects. Really perfect, the kids especially liked the submachine gun shooting. The jeep where you can take a picture with helmets, it's very nice. Do not hesitate to go to an inexpensive and really top-notch family museum. Super nice welcome
Miss Lili - Google - June 2021

Write a review on Google

A museum that deals with a lesser-known part of history

A museum that deals with a lesser-known part of the history of the post-Normandy landings. I still learned a lot, although I had already visited many museums in the region. I also recommend the tank baptism, impressive.
Céline Da Silva - Regiondo - August 18, 2020

Great for organizing a school trip

Leave your review on Petit Futé

This museum is a place apart, without windows and without frills ...

it immerses you in the daily life of the GI's and the Wehrmacht. With a soundtrack worthy of the "Longest Day", you will be surprised by a burst of MG 42 or by the sound of the tracks of a Panzer. Exceptionally, we were able to attend a live and open-air demonstration of Panther, Panzer IV and Sherman tanks on loan from the Saumur tank museum from June 1 to 5, 2019 for the 75th anniversary of the landing
Christophe Araignon - Local Guide Google - june 2019