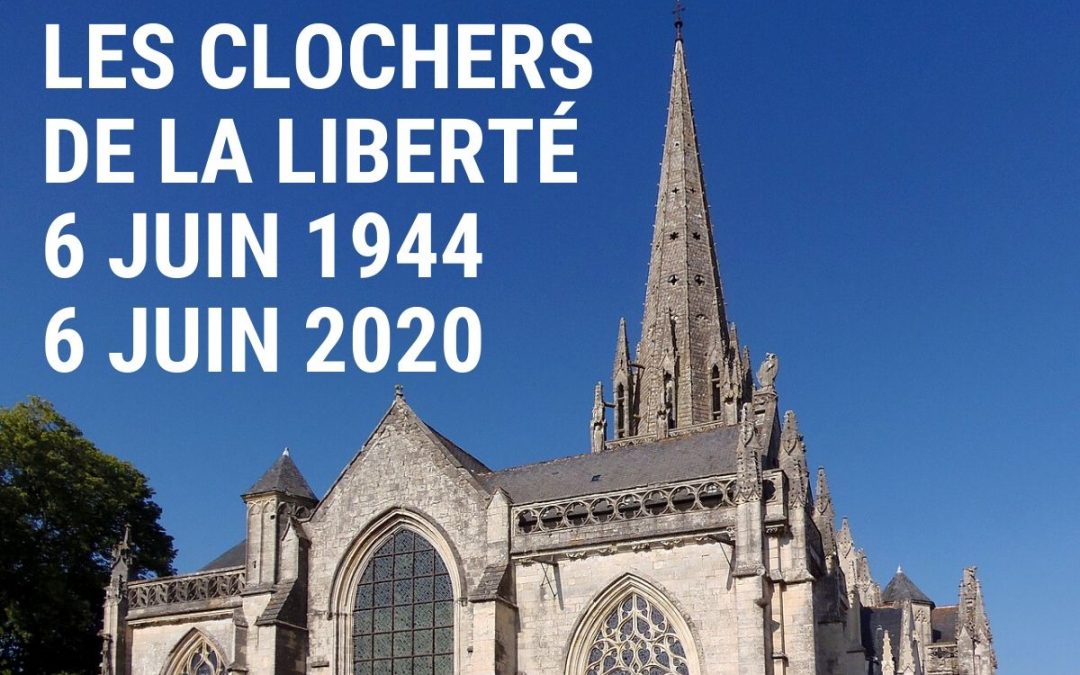 As a Norman Museum of the Second World War, the June 6 ceremonies are important events for us in many ways. This year, it is with sadness that many of us saw this day coming without the possibility of paying homage and honoring our liberators. One of these people, Nicholas Bellée, one of the founders of the museum, had the idea for this initiative.

To pay homage despite everything, a unifying idea

No sooner had he emitted this idea than he was joined by the two other founders of the Normandy Victory Museum, Patrick Fissot and Christophe Beaussire, and very quickly by a few other essential Manchois actors: The D-Day Experience, the World War II Foundation, The CAPA association (Camp Arizona and L’Atelier à Carentan), The WWII International Film Festival. Many others have since joined them: institutions, municipalities, museums and the information relayed by the local media seems to have also won over individuals.

What is this alternative event? In the middle of summer 44, the bells rang with glee to announce the liberation, a traveling sound, a unifying sound, a sound that those who were there have not forgotten. Since this special year does not allow us to meet all together, then let us in turn ring the bells of Freedom. More precisely, at a symbolic hour: 6.44 P.M. This sound will be a link between all of us, in La Manche, in Normandy, in France. Beyond the Atlantic to America why not? Some have already relayed it there. This sounds like a link between the past and the present. This sound as a vibrant and touching tribute to our liberators that we would like to carry to the ears of the few veterans still with us. This traveler who carries with him the word Liberty whose importance we have measured in these first months of 2020.

Listen to Nicholas Bellée in podcast on Tendance Ouest.