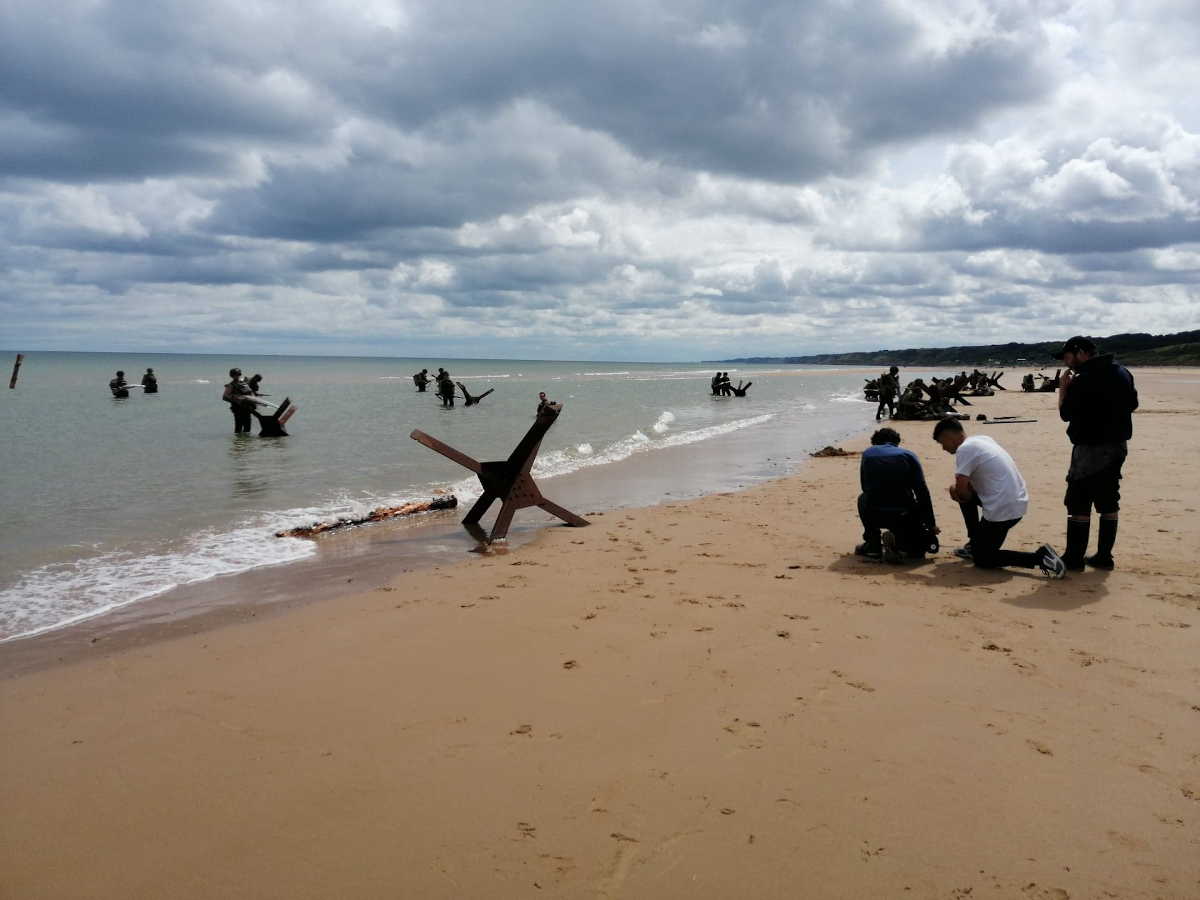 Tourist guide passionate about the Second World War, Florent Plana began a few months ago, the making of a film scheduled for release in June 2022. Known for his interviews with veterans, he has a special link with Omaha Beach, on which some scenes from the future film were shot. Before getting a preview at the Normandy Victory Museum next summer, take a look behind the scenes with us.

At the origin of the project, a personal attachment

Florent Plana’s documentary will focus mainly on the Bedford Boys, young soldiers all from the city of Bedford in Virginia, United States. His wife, Jenny Post, is from that same city. After meeting veterans who landed in the Dog Green area and their families, the subject of the documentary kind of took hold. Florent Plana has established a partnership with the National D-Day Memorial in Bedford , which gives him access to letters and objects belonging to city veterans.

“Today the Dog Green area is peaceful, there are fishermen, lots of tourists. All this is possible thanks to the men who came to die on bloody Omaha. » Florent Plana 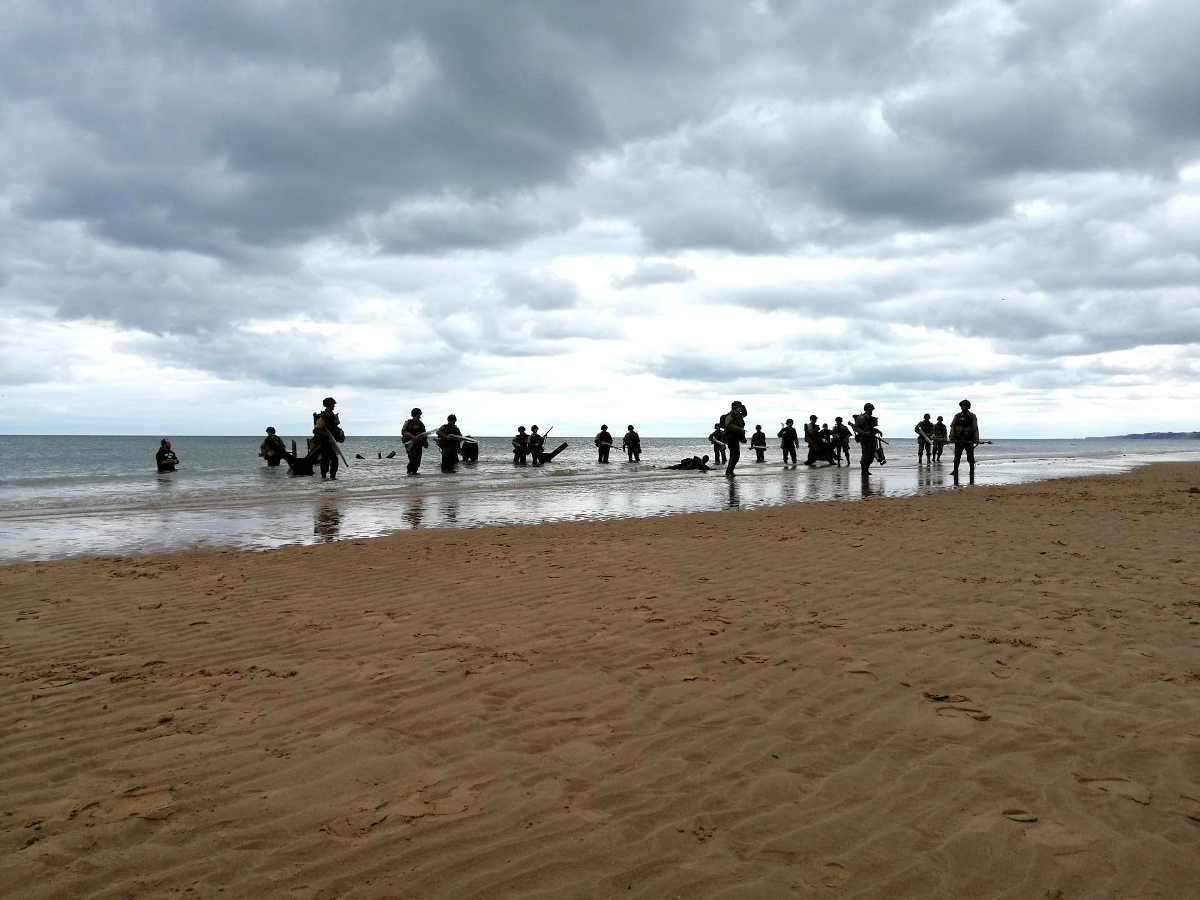 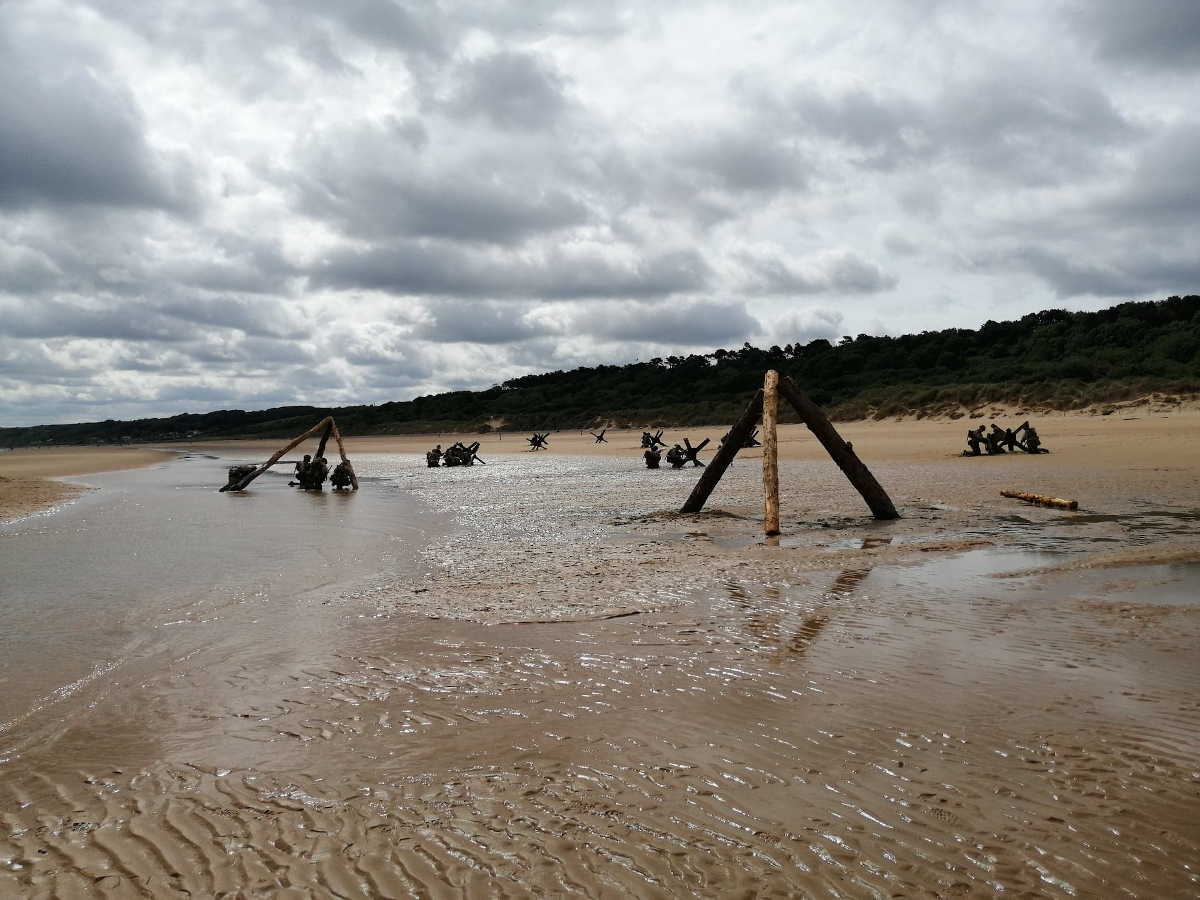 A documentary focused on people above all

With historic help from Joey Van Meesen and support from Orian Ziad on the set, Florent Plana wanted to put into context what happened on June 6, 1944 on Dog Green.

“The idea is really to pay tribute to as many people as possible in a very human way, by highlighting letters, objects …” – Florent Plana

Next winter, he will travel to the United States again, where he will do more veteran interviews. This trip was supposed to take place last year, but had to be postponed due to the pandemic. It is also for this reason that the film’s release has been postponed for a year. The title of the documentary remains secret for the moment.

It was in July 2020 that the first scenes of reconstitution of Florent Plana’s documentary film were shot, a little over 76 years later, at the same place where the American soldiers landed on June 6, 1944, on Omaha Beach in Calvados. These reconstitution scenes, featuring the Bedford Boys, will be put in parallel, during the editing, with interviews of veterans carried out by Florent Plana during various trips to the United States.

July 44, Bedford mourns its fallen soldiers in the first hours of the landing

It was on Omaha Beach at 6.30 a.m. on June 6, 1944, that 34 soldiers of Company A, 116th Infantry Regiment, 29th Division, landed. On this beach, which would become the deadliest in the history of the D-Day landings, the Bedford Boys arrived by the first wave of assault on the Dog Green sector (Vierville-sur-Mer, Omaha Beach). Of the 34 men from Bedford, 19 lost their lives during the first hours of the D-Day landings.

It was not until the July following the D-Day landings that the families of Bedford’s soldiers received news from the front. The telegraph operator, then installed in a small store in the city center, suddenly saw a large number of messages arriving. All bearers of bad news. It will take a whole month for all death notices to reach families. The trauma of the town of Bedford is terrible. Of the 3,000 inhabitants of the city at the time, everyone lost a member of their family or those around them. Bedford was the city that paid the heaviest price in the United States on D-Day, in proportion to its population. 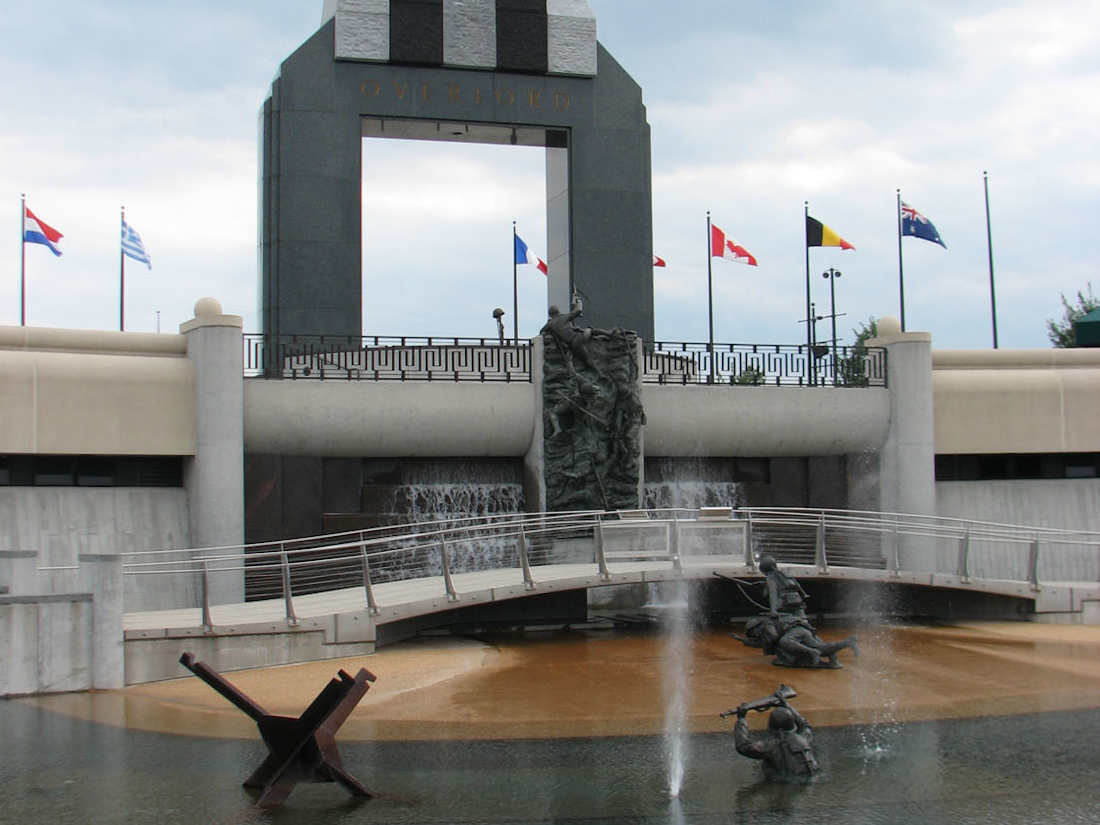 Florent Plana and the Normandy Victory Museum, a common passion and a fruitful collaboration

The shooting of this documentary film in 2020 marks the beginning of the collaboration between Florent Plana and the Normandy Victory Museum. For the scenes shot on Omaha Beach, the museum provided the filmmaker with several Czech hedgehogs arranged on the beach for the sake of realism. For the record, the museum also provided logistical assistance to the film crew by collecting tree trunks to reconstruct the “Rommel’s Asparagus” on the beach, a coastal defense system.

The documentary film, scheduled for the month of June 2022, will be screened in preview at the Normandy Victory Museum.

Florent Plana is also collaborating with the museum this summer for one of its exhibitions. He exhibits, within the museum’s dioramas, portraits of veterans accompanied by extracts from the interviews he was able to carry out with them. A series of photographs accompanied by testimonies which brings a moving depth to the visit of the museum.

The exhibition “Portraits of Veterans” by Florent Plana is on view until September 2021 at the Normandy Victory Museum. 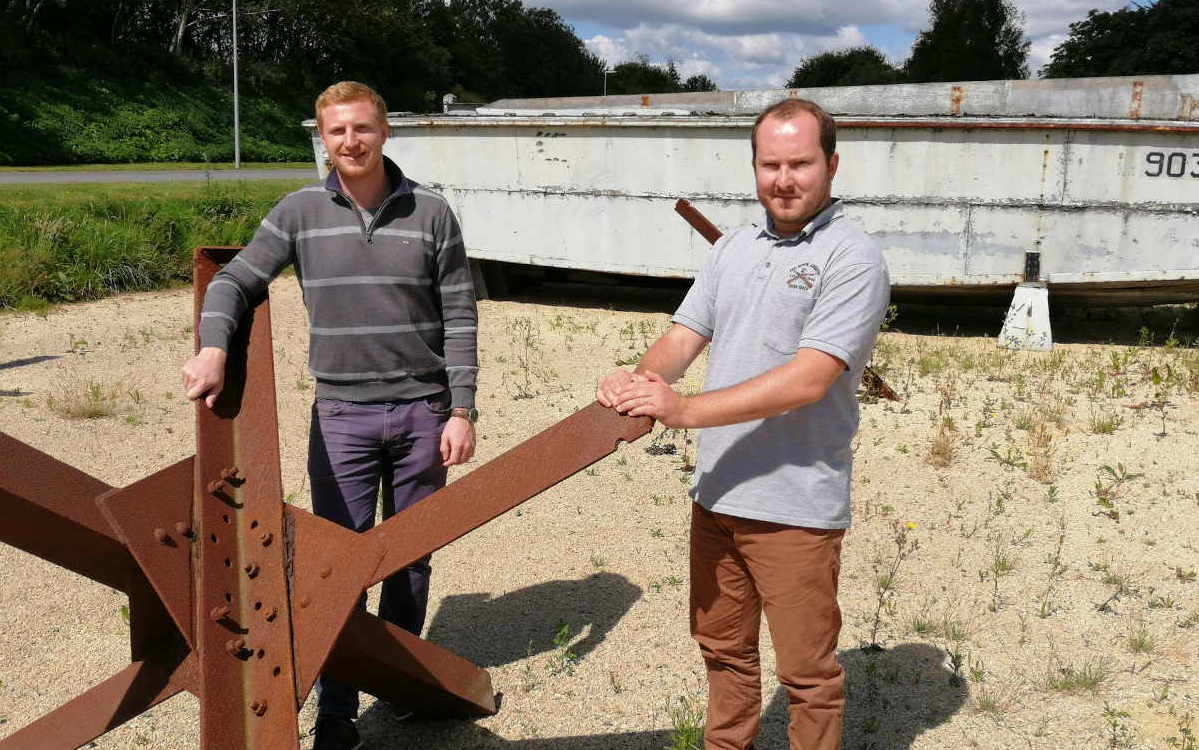 About the Bedford Boys

On the set of the film

On the landing at Omaha Beach

Food rationing in La Manche during the war

Due to its agricultural situation and a certain food self-sufficiency, La Manche even if it suffers, seems a little spared by the shortage at least as far as food is concerned.

The A10 Airfield at Carentan, an American airfield in 1944

Did you know ? The Normandy Victory Museum is located on a former historically known American military aerodrome: the A10 Airfield. It is still in operation and small aircraft can still use its shortened runway, 400 meters long.

In 1939, when men were mobilized, women were on all fronts. They are found in domestic tasks as usual but also in the production of weapons, mechanics, fields, in hospitals, in the resistance and in battles. This exhibition pays tribute to them and highlights their sometimes overlooked actions.