75th anniversary of the Landing at the museum, retrospective 2019 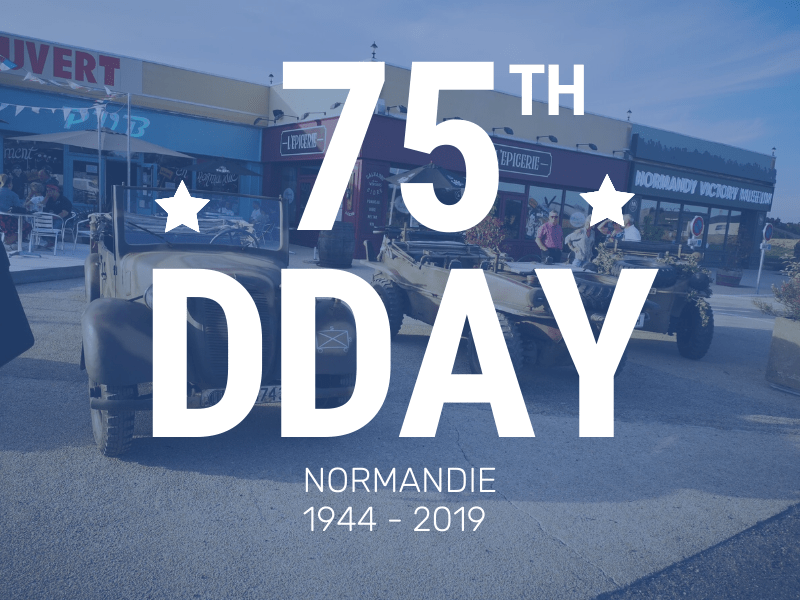 Demonstrations and gatherings of military vehicles

In partnership with the musée des blindés de Saumur, we received several German and American tanks (Panther, Panzer 4 and an M10 Destroyer) for a few days for demonstrations in front of the museum. There was also the Sherman M4A3E8 tank which participated in the filming of the film “Fury” with Brad Pitt.

On the day of June 4, 2019, 40 German vehicles from the Notek column, part of one of the largest concentrations in Europe with exceptional machines, ended their historic journey at the Normandy Victory Museum. A course strewn with pitfalls and unforeseen events accomplished by brave pilots. 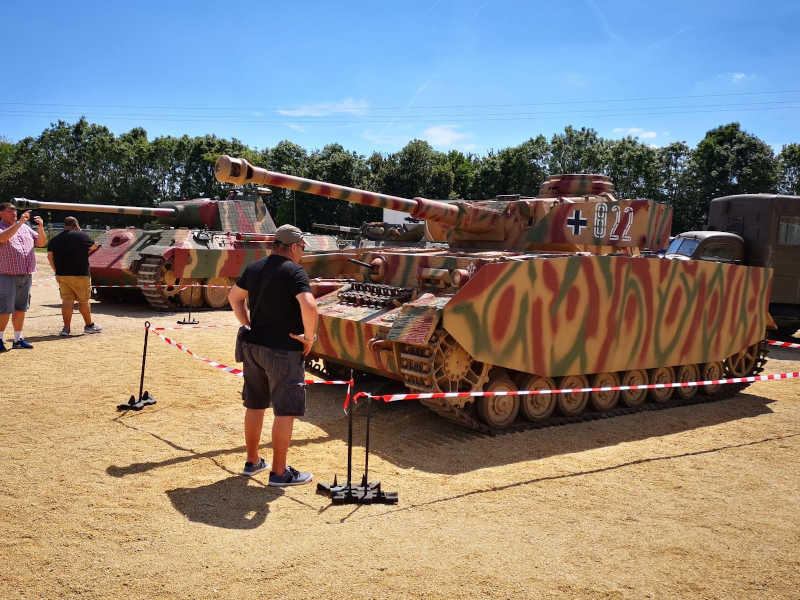 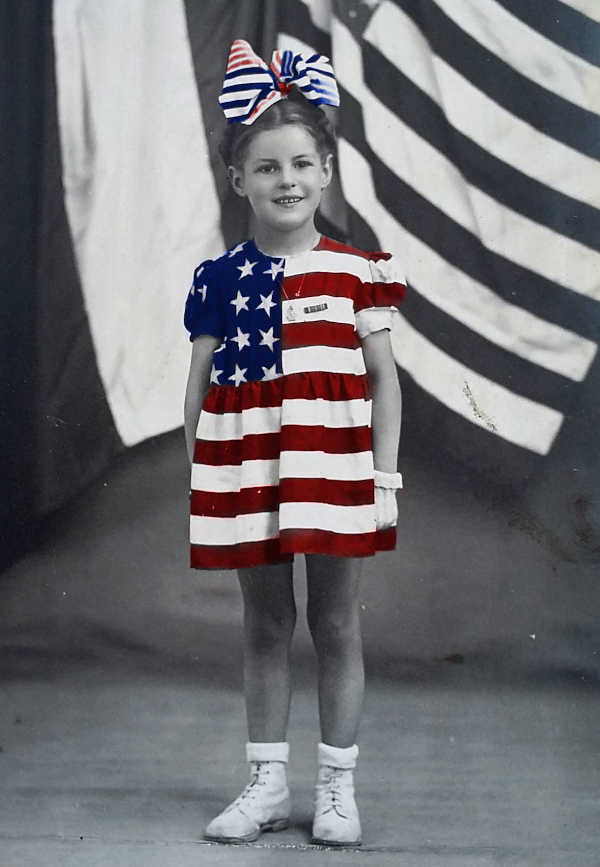 An exclusive screening of the film: “The girl who wore freedom”

“The girl who wore freedom” tells the story of a little girl, Dany Patrix who lived through the occupation and the liberation of Normandy in Sainte-Marie du Mont. His story is the common thread of this documentary film which was screened exclusively in our cinema hall in the presence of the film crew.

A project initiated by Normandy Stories and funded with the help of many donors including the Normandy Victory Museum but also the other emblematic museums of our region, the municipalities and various associations and American funds. In the project team, we find Christian Taylor and Terry Jun, both directors, writers and executive producers, but also Flo Boucherie, daughter of Dany Patrix Boucherie, also producer.

Concerts on the theme of Liberty 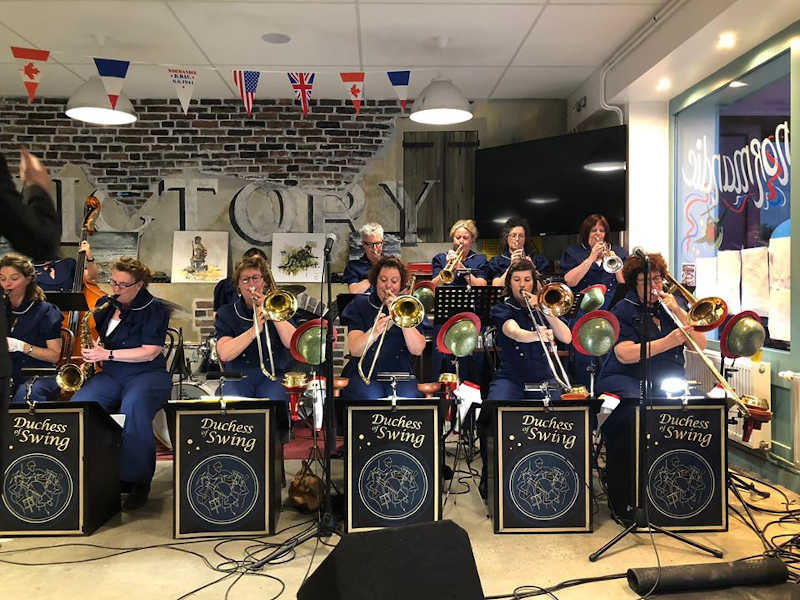 We all have in mind the festive refrains of American tunes that floated over Normandy at the Liberation. On the occasion of the 75th Dday, the A10 Canteen (partner restaurant) had organized a series of concerts with groups such as the Nashville Exile, Madeeson and Co, Duchess of Swing  or The Mash Farrows

Below Tom Rice, the American veteran of the 101st Airborne Division, who came 75 years after parachuting again over the Carentan marshes. (Read a nice article about it / In French) and who gave us the honor of visiting the museum.

General of 101st Airborne Brian Winksi and camp chief Bryan Barker also introduced themselves and were able to participate in a guided tour by Patrick Fissot, collector and one of the founding members of the museum.

An impromptu meeting with a former US Airforce pilot, James K. Kunkle

The Normandy Victory Museum had the honor of meeting a former pilot of the US Airforce who knew the A10 Airfield in 1944. It was not planned, the veteran was traveling with his family. James K. Kunkle, then 97, came with his family to visit the museum and tell his fascinating story. Touching moments for loved ones and for other visitors and our team.

Signing session of the actors of Band of Brothers, a popular success

In partnership with the WW2 Foundation, we organized a signing session with the actors of the series produced by Steven Spielsberg and Tom Hanks, Band of Brothers. There were about twenty of them, greeted by an enthusiastic audience: Shane Taylor (Doc Roe), Dale Dye (Robert Sink), Rick Warden (Harry Welsh), Peter O’Meara (Norman Dike) to name a few.

The Normandy Victory Museum had also organized conferences on the Enigma machine with Edmond Kern, a collector and specialist in Enigma.
It was also an opportunity to offer our audience a conference on the Enigma coding machine, a copy of which is present in the museum. It was moderated by Edmond Kern, collector and eminent specialist in this machine for deciphering strategies of the German army.

During these few days dedicated to commemorating the 75th dday in Normandy, visitors, tourists, veterans present and the museum team experienced moments filled with emotion that will forever remain in their hearts.